Part I – Understanding the Testing
In light of DNA playing a vital role in Emmitt Smith’s research in the recently aired episode of Who Do You Think You Are? and in the recent Faces of America series as well as pervious years airing of African American Lives, there has been increased interest in the African-American genealogy community on the use of DNA in your research. I don’t consider myself an expert on the subject of DNA or even ancestral DNA but it’s a subject matter within genealogy that I’m becoming increasingly passionate about. I will say that in part my interest could stem from the fact that in real life I’m part of the scientific community.
Before deciding to delve head first into ancestral DNA, the best advice is to 1) decide exactly what you hope to accomplish through DNA testing and 2) do as much research as possible on the subject so that you understand what can and cannot be accomplished through testing.
Types of DNA Testing
There are three basic types of testing with regard to ancestral DNA – yDNA, mtDNA, and autosomal (admixture).
yDNA
Ah, the Y Chromosome, it’s what makes males males. It’s passed from father to son each generation. Therefore, yDNA testing follows the direct male of an ancestor. Ex. your father, his father, his father, and so on. Visually, from a pedigree chart standpoint it follows the upper outside line. Only males can participate in yDNA testing. 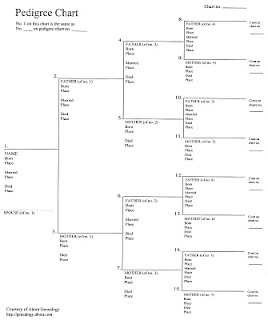 mtDNA
The mitochondria is similar to the Y Chromosome with the exception that it is passed from the mother and it’s passed to both her male and female children. Which means both males and females can test the direct female lineage. mtDNA follows the path of your mother, her mother, her mother, and so on. In essence it follows along the lower most outside line of the pedigree chart.
mtDNA, due to its slow rate of mutation, can reveal more of your deep ancestry than it does closer relationships. Because of this, if two persons are an exact match in their mtDNA, it’s more than likely they shared a common ancestor.
Markers used in these two tests are used to determine Haplogroup, which is a grouping of individuals with the same genetic characteristics.
Keep in mind that unless you do testing on descendants of Ancestors that fall within the two outermost pedigree lines yDNA and mtDNA only captures about 2% of your ancestors. Ex. You would need a maternal uncle (one of your mother’s brothers) or one of his male children to do the testing for a maternal grandfather’s line.
Autosomal or Admixture Testing
Autosomal, also know as Admixture, Testing looks at the entire chromosome. To try to explain it in layman’s terms, you acquire half your chromosomal makeup from your father and the other half from your mother. It’s what makes each of us unique as what is passed on is unique for each child. It explains why full siblings can look alike or be as different as night and day.
This type of testing can give you an insight into some of the ancestry that lies between those two outermost pedigree lines. This is the testing that revealed to Emmitt Smith that he was 81% African. Autosomal testing won’t reveal what part was contributed by your mother and what came from your father.
To Be Continued 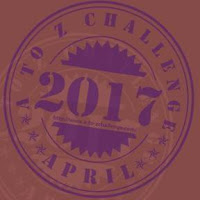 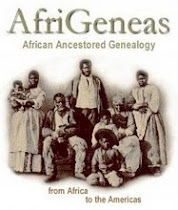